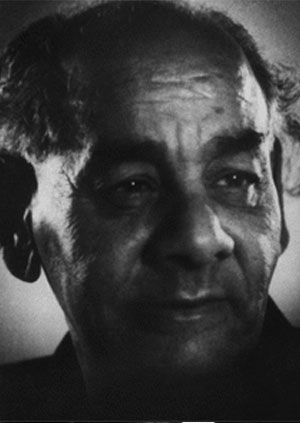 The second son of Ustad Allabande Khan trained under his father and uncle Zakiruddin Khan and also under his elder brother Nasiruddin and cousin Ziauddin. Had a highly erudite approach to the art, and would invariably make many explanatory comments on the theoretical, spiritual and philosophical aspects of his music while singing. Apart from his traditional grounding in the music of his forefathers, he studied for a Bachelor of Arts degree at Aligarh Muslim University. He was the first member of the family to adopt the title ‘Dagar’ actually the name of the genre as his family name and also started the practice of prefixing his name with the name of his father whereby his full name became Allabande Rahimuddin Khan Dagar. This was eventually adopted by other members of the family leading sometimes to exceedingly long names. Was well versed in sanskrit and persian, and spoke a very rich blend of urdu and hindi. He trained his son Ustad Fahimuddin Dagar and almost all his other nephews got some training from him.

He had in his possession many rare Sanskrit and Hindi manuscripts and chronicles of his family, someof which were unfortunately destroyed in the riots following the partition in Indore, where he served in the court of Maharaja Holkar. After partition he found employment at the Bhatkhande College in Lucknow, where he however is said to have taught little. He had a vast repertoire of compositions much of which is however lost now in the absence of a systematic effort to record them. Rahimuddin Dagar was extensively recorded but due to poor archiving many of the recordings are now not traceable. A large collection of his recordings on tape were made by Mumbai businessman late Lakshmi Narayan Pitti - a patron and well wisher. The NCPA in Mumbai recorded him for their archives in the 1970’s and these recordings are well catalogued and accessible to the public. His earliest recording was a shellac recording released in the 1930’s with rega Desh. Later HMV EMI released two discs with Todi/Miya Ki Malhar and Kedar/Bihag. After his death a recording of Raga Rageshree Kanada from the All India Radio archives was released on tape by HMV. Another recording of Raga Asavari and Darbari Kanada was released recently in Italy. The Sangeet Natak Akademi in Delhi also has a few archival recordings.